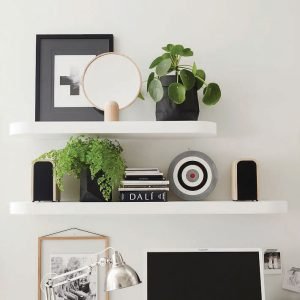 I was on a call with my millennial-influencer son when he referenced some trend or another. I asked for clarification, and my son simply said, “It’s a thing.” To which I added: pretty much everything is these days—a thing, that is.

We’ve taken to identifying a staggering array of trends, events, memes, products and lifestyle choices with a single label—thing. When noting a surprising trend or pattern of behavior the response is often: How is that even a thing? Or: When did that become a thing?

Thing has always been a versatile and useful label—it’s not my thing, it’s a sure thing, it’s a guy thing. Now we’ve dropped the qualifiers and a thing just is.

Here are some decorating “things” from my world, the good, the bad and the TBD.

Floating shelves are floating everywhere— over beds in dorm rooms and first apartments, in kitchens in lieu of yet another double-doored cabinet, next to fireplaces replacing pricey (and perhaps claustrophobic) built-ins. Ikea’s Lak is always a winner—cool, architectural and beefy. Decorator’s tip: There is a handy prong like apparatus from Shelfology.com that allows you to mount any shelf supporting heavier duty weights. 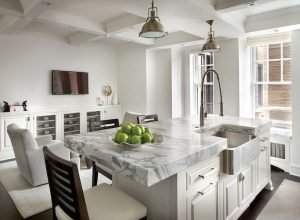 Built-up island countertops, the beefier the better. I like ‘em two-and-a-half to three-and-a-half inches thick. A marble or quartz installer can achieve the look by laminating the edge…at a farrrr lower cost than ordering a thick-throughout slab.

Another bit of counter intelligence…skip the cement countertops, even though they’re coming back around. I did one 20 years ago in Utah. When I went back some years later I was horrified to see the fissures, stains and overall mottled appearance. When cement again became a “thing,” I was reassured the process, the surfacing, the finishing had evolved to a higher state (haven’t we all in the last twenty years). Not so! Don’t believe me—just ask Mary Gail or Janet about their cement counters. Not a single happy customer. 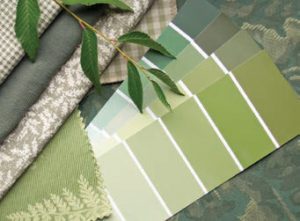 Going green, and not just environmentally speaking. Kitchen cabinets, bathroom tiles, garage doors and more are turning up in shades of green, from deep grass to a colonial teal. Green is simply a good neighbor, a feel-good color (that’s why we have green rooms for actors). Composed of yellow and blue it can play warm or cool.

In a related point of hue, peacock blue is ascendant (I call this the Farrow and Ball trickle-down effect). I see it cropping up on kitchen islands, bathroom vanities, shutters and such. My friend Susan said her peacock blue front door “makes her happy” every time she comes home. Can’t beat that. 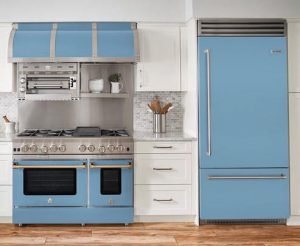 Colorful kitchen appliances are a welcome alternative to ubiquitous stainless. Way back in the day, I worked with a woman who had a lipstick red range. Not long after, I had my standard-issue Viking range custom-painted a slightly greyer shade of red. (In an imitation-is-the-sincerest-form-of-flattery move, Viking later added the color to its line.) Today you can get a whole range (pun intended) of appliance colors. In my new flip I used a soft ivory from Blue Star, which also has THE most adorable Kelly Green 36” fridge ever. In case you’re in the market.

Brass, but you knew that. The last time around, during the unfortunate ‘80s, the brass was lacquered. Too shiny, too Sopranos, and too prone to the inevitability of the lacquer delaminating. The new iteration is soft and buttery and bee-you-tea-full.

Metallica is back. Metals of all tones are cropping up on all sorts of furniture—chairs, coffee tables, bed frames, table bases. I’m a real fan of dark andonized looks as well as soft brasses and bright chromes. 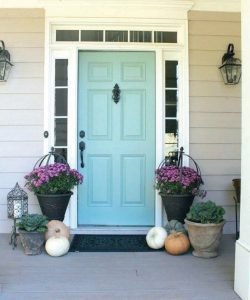 Barn doors are a big “thing”…literally and stylistically. I especially like them in lieu of the in-my-opinion awful pocket door. Sliding barn doors are space efficient (no door swing to worry over) and great looking. I’ve used a pair in a Larchmont office conference room, in a pool house in Scarsdale, and a mudroom in the Manor.

Black windows are Instagram darlings, and yes, painting your mullions black is a cheap-chic way to capture the industrial Parisian vibe of steel-framed windows. But it’s a pain to paint the windows white again when you tire of the trend. And I’m already tired of it.

Light/raw floor finishes are def a thing. In my new flip I told the marvelous floor guy Clinton we wanted the floors to look “raw.” I mixed Duraseal’s Weathered Oak with Natural and got just the look we wanted.

Remember it’s your house, your style, your vibe. If you do something because “it’s a thing” and it’s not YOUR thing, you will hate yourself when that thing is no longer relevant. Resist, stand up and be counted and just reply: It’s not my thing! 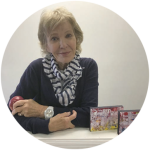 Lyn Peterson, designer, author, mother of four and all round busy body is president of Motif Designs, Mamaroneck, NY.

What you can read next 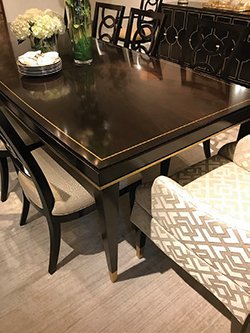 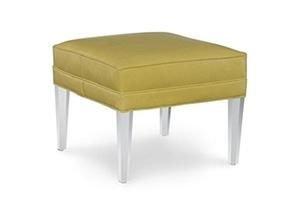 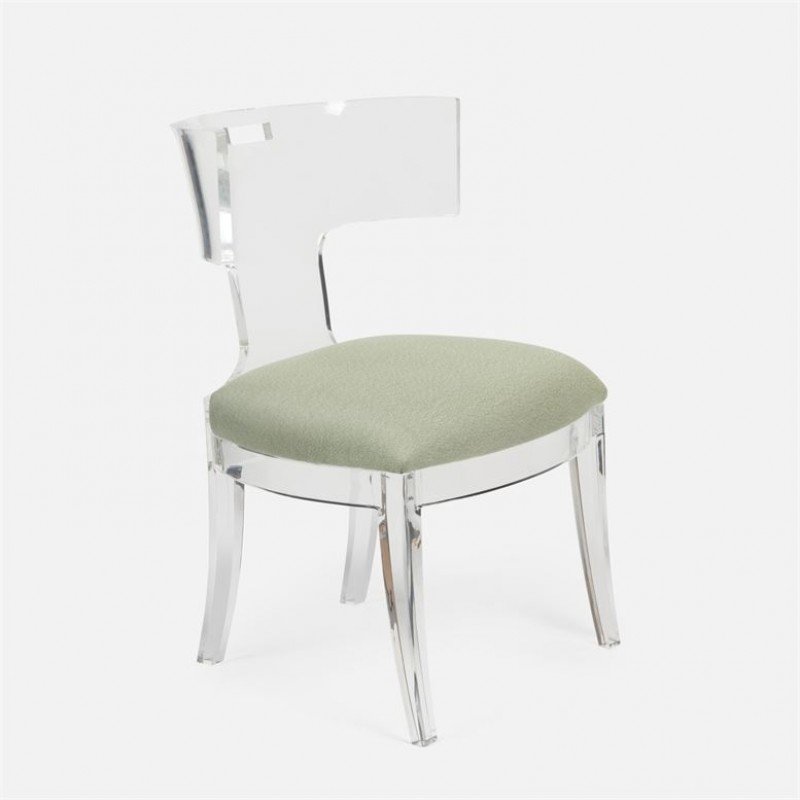